Enter your City name or Pincode

Kanhangad is the largest town and municipality in Kasaragod district of the magnificent Kerala state. Uppala, Thrikkarippur and Cheruvathur are amongst the largest cities of Kerala followed by the pre-eminent Kanhangad city. It is mostly recognized for cool environment and numerous places of worships that beautify the glory of the city. 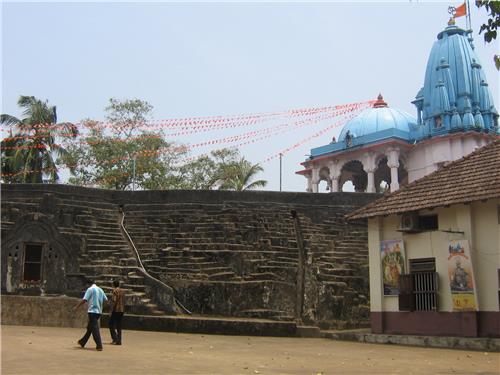 As the name signifies the famous Ashramam is based out on the hillock for about 500 meters south of the famous Hosdurg taluk office, which was primarily founded by Swami Nityananda. As the history has it, Swami Nityananda constructed around 45 caves on the slope of the mountain. Also, there is a temple, which was constructed in the year 1963 after the antique design and construction of the Somanatha Temple located in Gujarat.

How to reach Nityananda Ashramam

The Ashramam can be easily located as it is situated half a kilometer away from the famous Hosdurg taluk office. The place is famous for its meditation practices and the caves.

“Our Lady of Sorrows” Church

The church is the oldest and the most recognized church that was constructed in 1890 AD which is 15 Km north of the city Kasaragod. The church was created in a Gothic style from the Roman Catholic Church era and comes below the Mangalore Diocese. The church was recently renovated and celebrated on the occasion of its centenary by the people of Mangalore.

How to reach “Our Lady of Sorrows” Church

The church is amongst the most fascinating destinations of Kerala and is renowned for its architecture. The church is about 11 kms from the Kumbla district in Kerala. The nearest airport is Bajpe international Airport, Mangalore and is about 94 kilometers away from Kanhangad through NH66.

As the name signifies, the temple is very old in age and is located in Ajanur panchayat. The temple is about 5000 meters away from Kanhangad, which is headquartered from Hosdurg Taluk. Bhadrakali is the main deity of this temple and many followers of the Goddess come and visit this place from different places of India. As the tradition says, the rituals are performed by a Brahmin priest only in noon whereas the rituals and the pooja in the morning time and in the evening time is performed by sect known as Maniyans. May and June are the months in which the festivals of the temple are performed.  December and January are also the period in which the temple festivals are celebrated. The May and June time is known as Edavam and December and January time is known as the Dhanu.

The famous temple Madiyan Kulom is located in Ajanur and the nearest airport is Bajpe International Airport, Mangalore and is about 94 kilometers away from Kanhangad through NH66.

Are you a Business Owner?

Add the products or services you offer