Enter your City name or Pincode

Kanhangad is one of the major cities of northern Kerala. The renowned district was found on May 24, 1984 and is primarily known for handloom and coir industries. 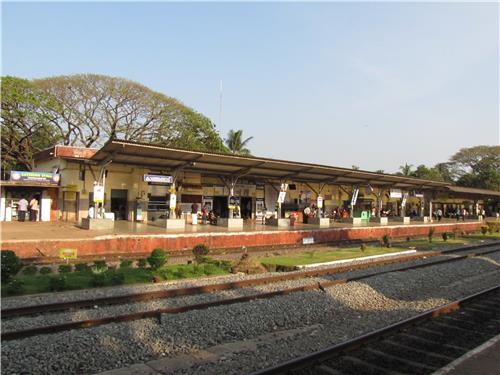 The district is known to be once a trade center for the Portuguese and the Arabs. Until now the district is known to migrate its resources to the Arabian countries and is a common place to find few traders from the Portugal and Arab. For Kanhangad district fishing is the primary source of livelihood. Also, the district is famous for water, mineral resources and forests. On the edges of Kanhangad, Western Ghats covered with forest is present and the Arabian Sea accompanies the district in the east. In the north and the south there are two rivers, which showcase the beauty of Kanhangad. The district is also eminent to have 77 kilometers of coastline, which is well known for its authentic tobacco production.

Kanhangad based in the southern heart of India that is Kerala. Kanhangad is famous for its prominent historic past. In the earlier Sangham Period, i.e. at the time of its foundation, the town was known as Poozhinadu popularly. Soon after new modifications took place in the city, the land between Kariankode River and Chithari River was baptized as Poozhinadu. Earlier a town, Kanhagad was under the Muzhaka Dynasty where Ezhimala was there headquarters. The kingdom was ruled under king Cheraman Perumal and, furthermore, the headquarters were under the Kolathiri dynasty from the starting of the 12th Century. The Ilankur Raja of Kolathiri was very weak in terms of sustaining his power in the kingdom and, hence, his rule came to an end and the feudal lords became very powerful and soon started ruling the kingdom in place of the king.

Sreerangapattanam Pact says that the fort of Kanhangad came under the possession of the East India Company. Hos Durg Taluk was the power in the king’s seat at that time and started ruling the city by the year 1956. A taluk was formed and Bekal was claimed as the capital at that time.

Kanhangad is extensively located at the 12.5°N 75.0°E and comprises of an average elevation of 19 meters. Also, the district is tagged as the northernmost district of Kerala.

Monsoon hits the famous district of Kanhangad in the end of May or in the starting of the month of June. There are thunderstorms, which prevail till the month of September and that is the time where the rain fades out.

Kanhangad has been a residence to many wonderful mosques. The coastal roads are filled with mosques and the district has a mosque in every 5 kilometers of distance. The tall minarets, which were built by the merchants of the area, majority of whom were Muslims. Sufi Culture is the most evident culture in this area. The oldest mosque of this region is the Alami Palli. Most of the tourists are attracted to the spiritual center of Guruvanam, which is again another 6 kilometers from Kanhangad.

Business and Economy of Kanhangad

The primary resource for income in Kanhangad is fishing and agriculture. There is a diverse collection of topography in Kanhangad, which allows crops like pepper, rubber, cashew, and ginger to grow and foster in the eastern parts of the region. The coastal areas of Kanhangad grow rice, tobacco and coconut. The major factor that has changed the economy of the region is that many people have migrated to the gulf countries in search for more lucrative jobs. Many families from the district are entirely dependent on their relatives who earn in the gulf countries for their livelihood.

The tourism of Kanhangad is famous for its peace and tranquility. Many people come here in search for peace and harmony. The famous places in the district are many beautifully created mosques, Nityananda Ashramam, Madiyan Kulom temple, Ananda Ashramam and Muhiyaddien Juma masjid Kothikkal.

Kanhangad comes on the National Highway 66, which was earlier known as NH17 and came in between Kasaragod and Kannur. The district is well connected to Kozhikode, Mangalore, Kasaragod and Trivandrum via the rail and road. The major road that connects Panathur and Kanhangad is the state highway 56. Manguluru-Shornur is the most famous railway line near the Kanhangad railway station. A proposed railway line is under review for the Kanhangad and Kaniyur. Bajpe International Airport is the nearest airport to the district, which is situated in Mangalore. The proposed airport that is Kannur International Airport is again under review and is around 86 kilometers away from Kanhangad.

Are you a Business Owner?

Add the products or services you offer